Since the industrial revolution, workers have been progressively reduced to numbers, headcount, assets, fixed costs; and organizations have been driven primarily by targets and control systems. Significant innovations in management have mostly focused at doing the work faster and cheaper.

Yet, there is one model of collaboration, a method of work to generate value, which has remained constant over centuries, resisting to any organizational evolutions. This universal method has proven to be the most human-centric, the most engaging and inspiring, and the one that has created most of the value for our planet.

But even more important so, it is resilient to robots, artificial intelligence and many of the technologicaladvances that aim at eradicating our right to work.

You can read the full article I wrote for the Global Peter Drucker Forum.

Will projects be the new norm? Curious to hear your views.

Re-Humanising Work (and Organizations) Through Projects

“The purpose of an organization is to enable ordinary human beings to do extraordinary things”, Peter Drucker

At its origins, work was considered an essential part of human beings: a mean to provide for food, clothes and shelter. In the light of the social turmoil of the early 19th century and the rising unemployment which led to the French Revolution of 1848, the French socialist leader Louis Blanc[1], argued that humans have “the right to work”, or engage in productive employment, and may not be prevented from doing so.

The right to work was later safeguarded in the Universal Declaration of Human Rights[2]by theUnited Nations General Assembly and recognized in international human rights law through its inclusion in the International Covenant on Economic, Social and Cultural Rights, where the right to work emphasizes economic, social and cultural development. 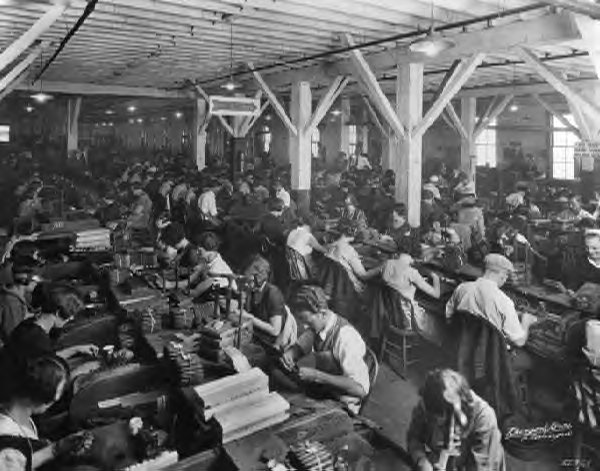 But since the industrial revolution, workers have been progressively reduced to numbers, headcount, assets, fixed costs; and organizations have been driven primarily by targets and control systems. Significant innovations in management and organizational development during this ample period, such as mass production, Taylorism, Total Quality Management, Business Process Reengineering, IT, Outsourcing, … have mostly focused at doing the work faster and cheaper.

We had to wait for Peter Drucker to put the human being at the central stage, with his famous “Knowledge Worker”. Employees were not just hands, but they also had a brain.

Unfortunately, Drucker’s words of wisdom were soon devoured by the shameful theories that centred the organizations’ purpose around shareholder value. Productivity, efficiency gainsand short termism, would prime for decades mostly at the expense of employees and the human and social side of organizations.

Today, the story of work is still unfolding, with great changes taking place throughout the world and in a more accelerated fashion than ever before. In our civilization, change and technological progress have always taken a human toll, yet, it has never been as dramatic as in this past decade. The impact of globalization and technological advancements, with thousands of companies collapsing and millions of jobs vanished in western economies, has generated an enormous loss of confidence in capitalism and western leaders. And according to Silicon Valley futurists, over the next ten years, societies will experience more changes than in the past two hundred and filthy years. More changes, at greater speed than ever!

It is not a surprise that the overall mood about the future in western countries is of desolation and utterly pessimism.

Despite this daunting outlook, there is at least one idea that should inspire us to remain positive and prompt us to take action.

There is one model of collaboration, a method of work to generate value, which has remained constant over centuries, resisting to any organizational evolutions. This universal method has proven to be the most human-centric, the most engaging and inspiring, and the one that has created most of the value for our planet. But even more important so, it is resilient to robots, artificial intelligence and many of the technological advances that aim at eradicating our right to work.

Yet, this method of work has been mostly ignored by academia, thought leaders, businesses and media.

This way of working and organizing the work are “Projects”. The construction of the pyramids in Egypt, the development of the modern cities, the Marshall Plan, the man landing on the moon, the creation of the European Union, etc. all these achievements have been the outcome of ideas turned into reality through projects. Project based work has been the engine that generated the major accomplishments in our civilisation; they have stimulated society to advance and often go beyond their limits.

Behavioural and social sciences endorse that there are few ways of working and collaborating more motivating and inspiring for people than being part, or contributing to, a projectwith an ambitious goal, a higher purpose and a clear deadline.

Yet, research[3]proved that very few individuals receive education to learn the tools and technics on how to define and manage projects successfully. The leading business schools in the world, such as Harvard, MIT, Warthon, MIT, Stanford, IMD, Insead, London Business School… don’t teach project management in their MBAs core curriculum. For decades, project management competencies have been considered as tactical and not relevant for senior roles, which were always more appropriate to the strategy, finance, marketing and sales experts.

According to my latest research (see chart), and as explained earlier, the efficiency gains in operational work started with mass production more than a hundred years ago, and the trend has continued progressively since. Less resources have been dedicated to operational work year after year.

At the same time, and almost as communicating vessels, the amount of projects run in an organization, the number of resources working in projects – part or full time -, the budgets dedicated to projects, have increased gradually year after year.

Disruptive technologies will accelerate this trend. Robots and Artificial Intelligence, will take over almost all the operational work, if not done already. Organizations will shift their focus on projects and project based work – leading to what I coined as the Project Revolution.

In this new landscape, Projects are becoming the essential model to deliver change and create value. We are witnessing the rise of the Project Economy. The so-called gig economy is driven by projects. This massive disruption is not only impacting the way organizations are managed. My prediction is that by 2025, senior leaders and managers will spend at least 60% of their time selecting, prioritizing and driving the execution of projects.

Yet, this massive disruption is not only impacting organizations. Every aspect of our lives is becoming a set of Projects. The main implications are:

We all soon become Project Managers, but have never been trained to do so.

Project based work will increase the focus on Humans – Embrace it !

The good news is that, as explained above, project based work is human-centric. Projects cannot be carried out by machines, they need humans to do the work. They gather together around the purpose of the project, splitting the work amongst the team, bonding, interact, and addressing emotional aspects to create a high-performing team. Technology will of course play a role in projects. It will improve the selection of projects and increase the chances of success. But technology will be an enabler and not the goal.

My final ask is for society, organizations, leaders, politicians and people to build the competencies required to transform and thrive in the new digital and project driven economy. To learn how to set ambitious and inspiring goals; how to establish clear deadlines and engage employees around a higher purpose. To establish a culture in which ideas are transformed into reality through projects. We should not be afraid of the future and the unknown. Let’s keep learning, and embrace project based work.

[3] Full research and more details can be found in my book, The Focused Organization